Australia’s leading façade and curtain wall producer, Yuanda Australia, has begun construction on the striking façade that will give shape to the Gold Coast's most prestigious development, Jewel.

Installation of the 16,000 glass panels that will give Jewel its shimmering facade has begun, as the development moves towards its expected completion in the first quarter of 2019. 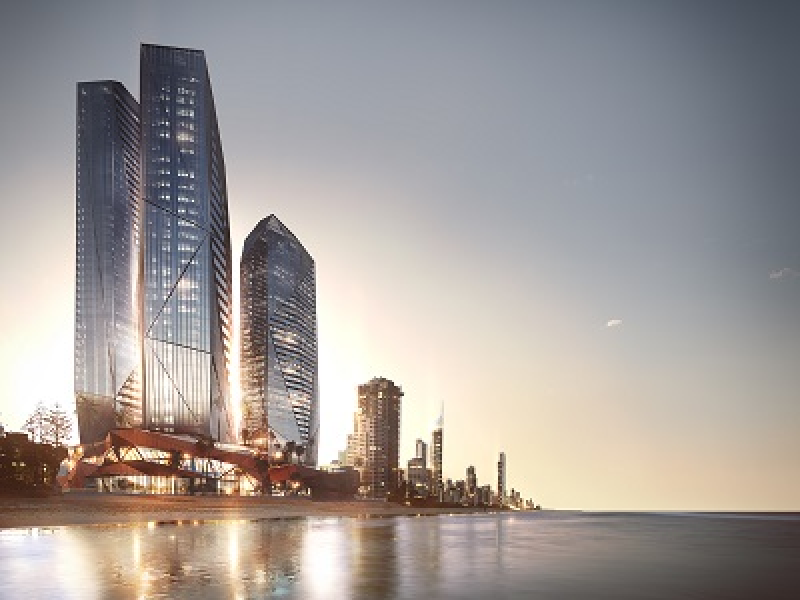 The captivating façade surrounding the 170-metre, three-towered development is distinct in design, with the multiple angles facets combining to create the impression of three dazzling crystals rising from the Surfers Paradise beachfront.

"We're very proud to be a part of the prestigious Jewel development, and to have brought our design expertise and unmatched commitment to quality to the project,” Mr Romer said.

"Jewel is a unique project, and it is the façade that will make it instantly recogniseable.  The Yuanda façade will help Jewel become an architectural glimmering masterpiece that captures global attention.

"The façade will work to create an optical illusion of diamond jewels that will shimmer from the sky to the Surfers Paradise beachfront."

Yuanda is relying on local Gold Coast construction workers to install the façade panels, with the project expected to be completed in the first half of 2018.