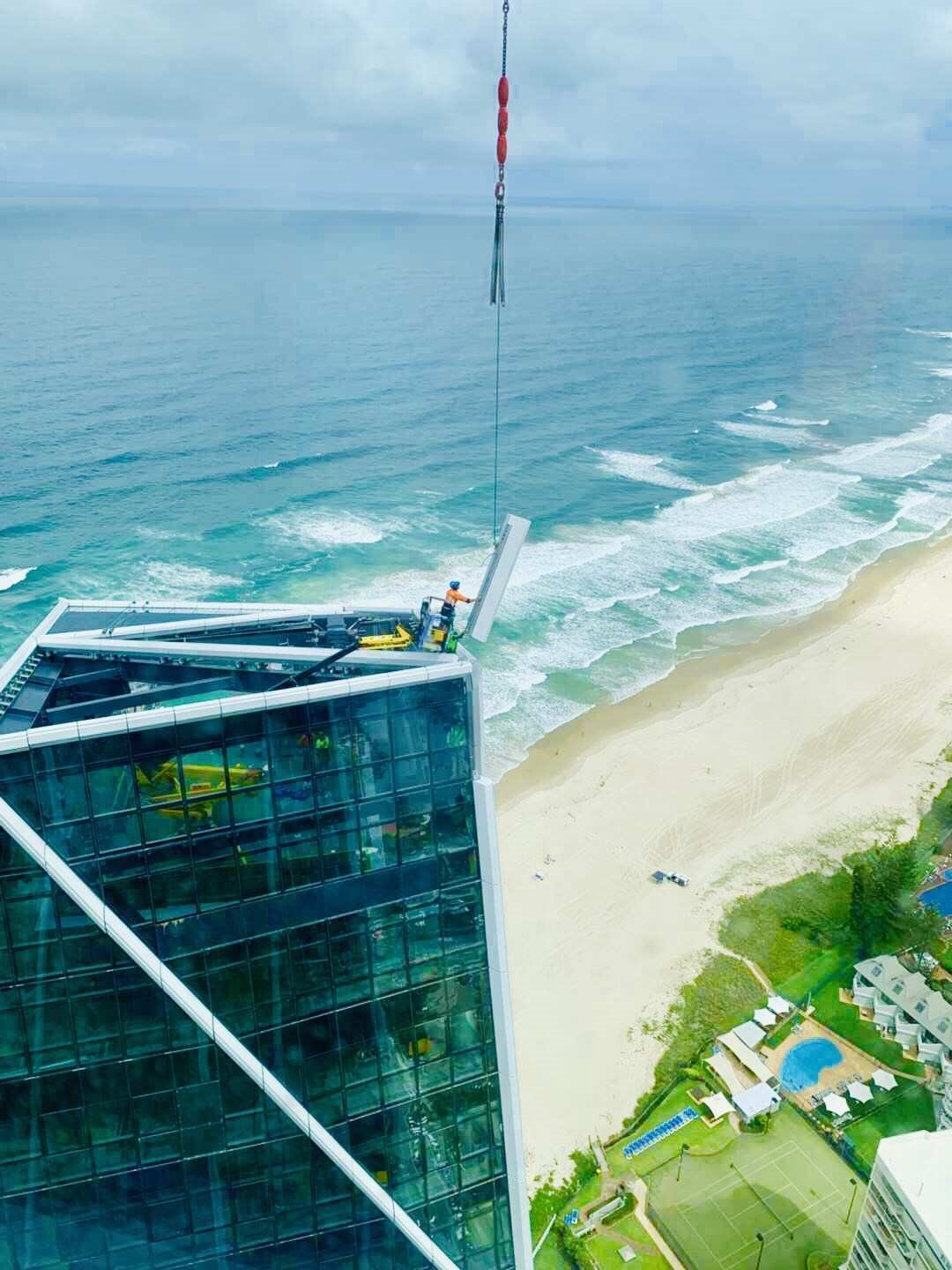 Yuanda Australia has completed construction on the first of three towers at the spectacular Jewel Residences on the Gold Coast, with the remaining two towers scheduled for completion in coming weeks.

Work on the 36-level Tower three began in November 2017. Yuanda Australia's world-leading expertise and capability have enabled the work to be completed in just 13 months, in tandem with installations on the other two towers.

Across all three buildings, Yuanda Australia is installing some 67,000 square metres of glass and aluminium over 121 stories of apartments, restaurants, retail and a five-star international hotel.

Builders Multiplex relied on Yuanda Australia to produce and install the all-important facade that gives Jewel its disctinctive shape and appearance. The $100 million Jewel contract was the 69th project awarded to Yuanda Australia since the company was established in 2006.